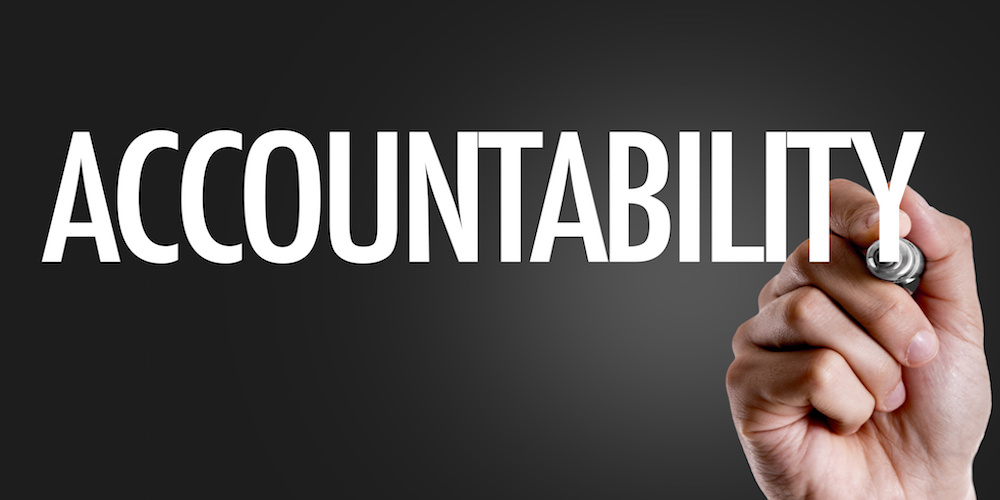 The greatest challenge in the automotive industry today is finding leaders who will lead, managers who will manage, and directors who will provide direction. The centerpiece of effective leadership, management, and direction is accountability:

Service departments are famous for implementing processes and not holding employees accountable to consistently perform the task. For example:

There is a common belief among service managers that techs and advisors don’t want to be held accountable. They have bought into a lie that says accountability is punitive—punishment, big brother, micro-managing—or something distasteful to employees. In fact, the opposite is true.

A few years ago I was consulting with a group of seven dealerships, and to say they were a dysfunctional family would be an understatement. There was drama and strife everywhere, and their business was in decline. I brought the techs and advisors together (without any managers) and simply asked them what was up. They listed a few minor issues and personality conflicts, but their main issue was lack of accountability. I was floored. This group of educated, professional adults wanted management to “inspect what they expected.”

Their frustration was centered around the fact that management demanded processes be followed, then didn’t correct, coach, mentor, and lead when employees didn’t follow the process. The message from management was “do it or else;” yet nothing happened to those who didn’t perform. The techs and advisors quickly learned that management didn’t really care and, therefore, they didn’t, either.

Quoting Dave Anderson again, “you will lose the respect of the best if you don’t deal with the worst!” Anderson goes on to say that leaders shouldn’t desire “to be liked” –their goal should center around “being respected.”

If you are respected, people will follow you—and ultimately like you. The leaders of the above dealer group lost all credibility because they failed to hold their team accountable. The net result was not just internal drama; it affected hours per RO, maintenance service sales, CSI, retention, and fixed ops profitability. All that could have been avoided by simply holding team members accountable. Surely, it can’t be that simple. Yes, it’s that simple.

The dealer saw what was happening and hired a new fixed ops director. Within 90 days things started to change, and six months later several of the service departments had record months. He didn’t come in and fire everyone, although some managers couldn’t be salvaged. He just laid out the expectation, provided clarity on how to meet his expectations, and did weekly follow-up (accountability) to make sure his processes were being followed.

His monthly service sales meetings are exciting, attitudes have improved, and everyone’s income has gone up! It’s a beautiful thing.

The primary reason the new fixed ops director made such a difference and turned seven dealerships around is because he practiced personal accountability. That means when he accepted the responsibility of being fixed ops director, he became accountable for the outcome.

Accepting responsibility for a task is meaningless and won’t produce any results if you don’t hold yourself personally accountable for the outcome.

So, what’s at stake?

The National Automobile Dealers Association put out a fascinating statistic that I had never seen before. According to NADA, 49% of total dealer gross came from fixed ops in 2017. That’s up from 45% in 2015. Of course, I’m sure you already know that most of the dealership’s net income comes from fixed ops gross.